Some leaks are more obvious than others… And hidden leaks are often the most dangerous!

While something like a leaky faucet might be easy to notice, leaks in water, gas, and sewer lines often go undetected until they spread to other areas. Usually occurring underground, leaks can cause long-term damage and are difficult to detect without special equipment.

Using our advanced video inspection system, the Kurt Bohmer team can help you detect and fix leaks in even the deepest, hardest-to-reach pipes. 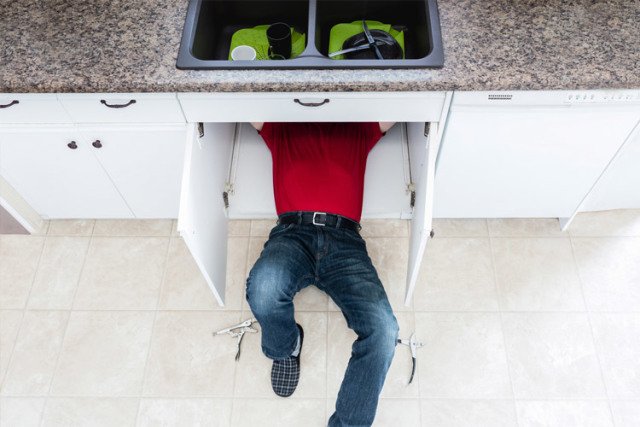 Types of Leaks and How They Occur

Leaks can occur in any pipe carrying water, gas, or sewage. While leaks of any type can occur due to pressure changes or weak pipes and fittings, the cause of many leaks is unique to the substance flowing through the pipe.

Water leaks, for example, are especially common in metal pipes and are often caused by rust. Pipe rust can be difficult to notice, however, as it often builds up inside the pipe before spreading out. As the rust spreads, it weakens the pipe and eventually causes small, pinhole-sized leaks.

Sewage leaks can also be caused by rust, but they’re sometimes caused by blockages too. Meanwhile, gas leaks often occur due to pressure changes and loose fittings.

In any case, many of these leaks are hard to detect until the damage becomes noticeable—often months after the leak started. Thankfully, there are a few warning signs you can look for now.

Common Signs of a Leak

While you may not notice the leak itself, you’ll likely encounter some of its symptoms.

f you notice any of these signs, then you may have a leak in one of your lines. With many leaks occurring underground or in hard-to-reach places, leak detection usually requires special tools.

Let Us Find Your Leak—Call Today!

Our team uses an advanced video inspection system to tunnel inside your pipes, allowing us to detect leaks at their source. With our high-tech pinpoint leak detection in Ventura, we can fix leaks and their root causes without the mess of digging up underground pipes.

The Kurt Bohmer team is ready to help you with your water, gas, sewage, and drain leaks. We are licensed, bonded, and insured in the state of California (CA License No. 499142). Call our expert team for leak detection in Ventura today at 661-251-5915 for a quick, 24-hour response.

Our fleet of pump trucks are able to respond quickly. We service the entire Santa Clarita & Antelope Valleys

Check out the great coupons we offer!

Need plumbing services you can depend on? Call today to schedule your service!